The objectives of the Centre are to educate the public and act as a watchdog to raise ethical standards in the media in order to improve democratic governance and social cohesion in Kerala and to enable marginalized groups to access and utilize the media, including the new social media, in an ethical and equitable manner.

The Centre has hosted a number of talks by leading journalists. 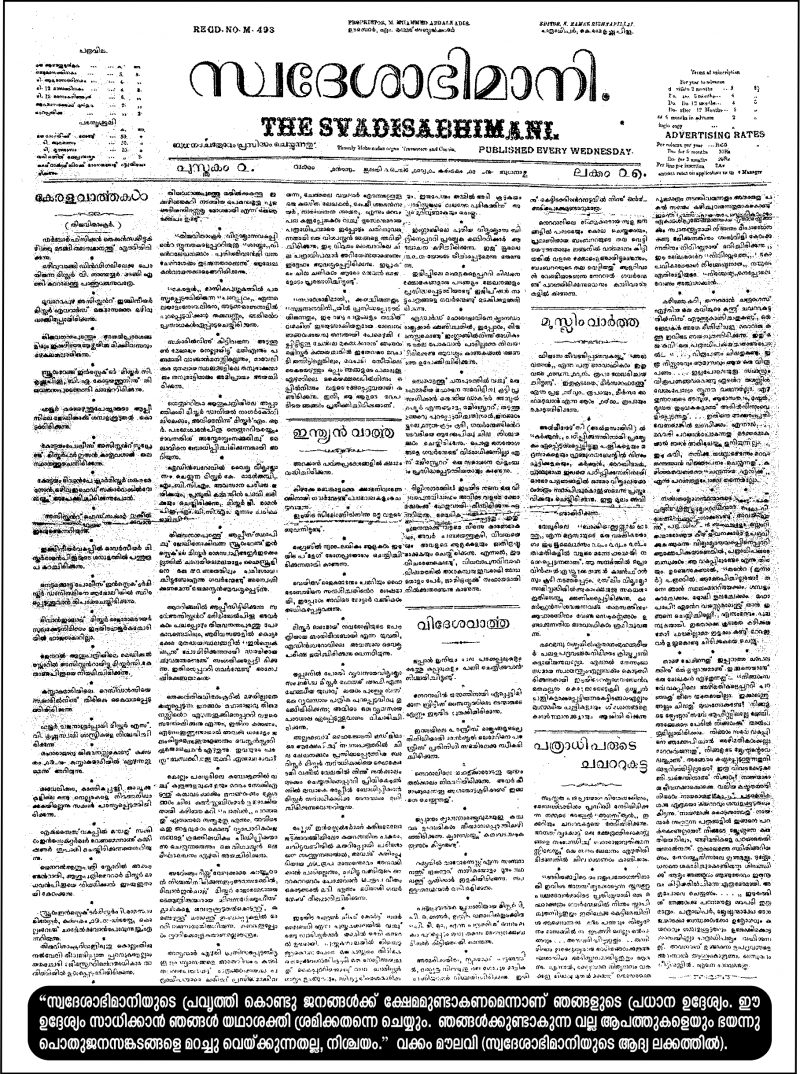 Inauguration of Swadeshabhimani Media Study Centre and Opening Seminar on Critical Issues in Indian Journalism-Which Road do We Take?

Mr.Siddharth Varadharajan, former editor of The Hindu led the discussion with a perceptive talk on “Critical Issues in Indian Journalism – Which Road do We Take?” The four pillars of journalism- business model, editorial independence, professional standards and public support – have been greatly weakened in India. Even if the media is financially viable and upholds professional standards and editorial independence, without the trust of the public, it cannot fulfil its role. The reality is that the Indian public’s trust in journalism has decreased substantially over time. This weakening of the bond between the media and the public has created a very dangerous situation in a democratic society. He pointed out the effects of paid news and news favoring government which undermined editorial independence.

Swadeshabhimani Media Study Centre could serve as a platform by journalists to exchange opinion to discuss the standards of reporting and the new professional standards required by digital journalism. 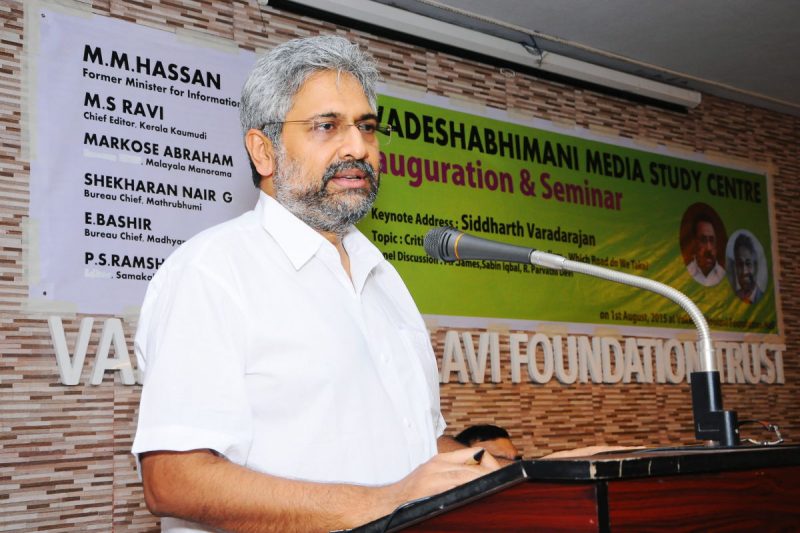 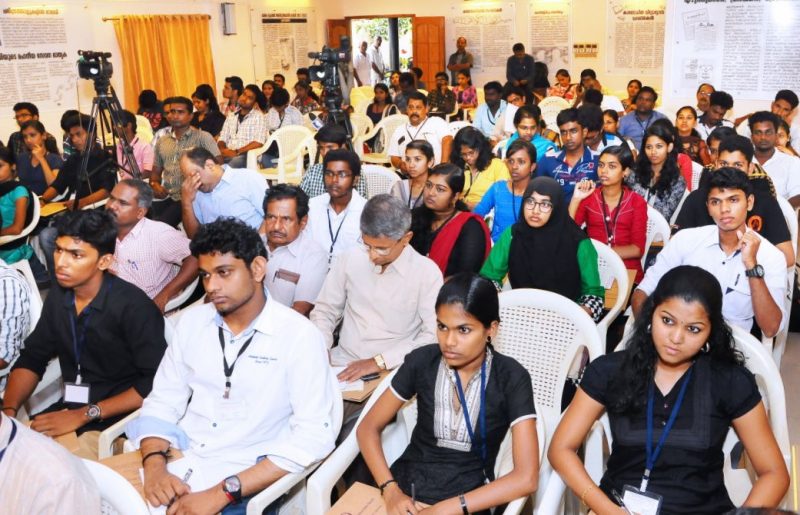 Seminar on “Representation of Women in Journalism in Kerala” 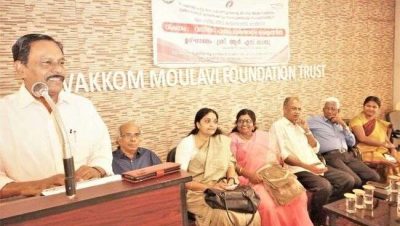 The seminar was organized in recognition to the contributions of Smt. Haleema Beevi, one of the pioneering women journalists of Kerala in the first half of the 20th century. Her many contributions were highlighted by Dr. Kayamkulaum Yoonus in his welcome speech. Media Academy Chairman Shri. R. S. Babu in his inaugural speech, stated that it is necessary to create friendly and comfortable work environment for women journalists. Smt. Saraswathy Nagarajan, Sub-editor, Hindu pointed out the challenges faced by women journalists in daily life due to which women journalists are unable to achieve higher positions in their career. Smt. K. Beena, a known writer and journalist, also gave a clear picture about the challenges and prejudices in Kerala, due to which very few women journalists are assigned in newsrooms. Dr. O. G Sajitha, Director of Programs at the VMFT, highlighted the necessity of having more women journalists who could effectively address the issues related to women and more marginalized sections of the population, including tribal and coastal people.

Training Session on Animation, VFX and Video Editing and career guidance on its emerging opportunities

Swadeshabhimani Media Study Centre organised a career guidance and workshop session in Animation, VFX and Video editing at MAAC Academy Thiruvananthapuram on April 6, 2019. Prof. S Sasikumar, Managing Director of MAAC Academy, Shri. Amruth and Shri. Savin, both faculty members conducted the sessions, which introduced various software and tools for animation to generate interest among the participants. The sessions also included live examples of augmented reality and virtual reality. Awareness was given on new technological advancements in the area and current and emerging areas. 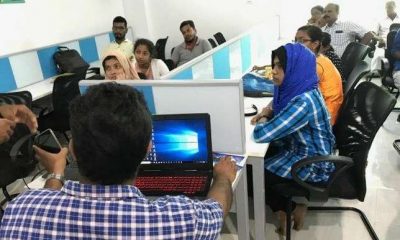 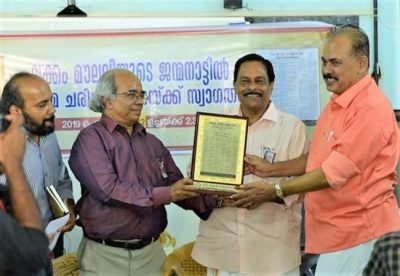 The Media Academy organised Kerala Media History Journey with a slogan of “regaining media ethics and values” from February 21 to March 1, 2019. Vakkom Moulavi Foundation Trust arranged a reception for the Kerala Media History Yathra at Vakkom, the birthplace of Vakkom Mohammed Abdul Khader Moulavi on February 22, 2019 at the local Government Higher Secondary School. Chairman of Vakkom Moulavi Foundation Er. A. Suhair honoured Shri. R. S. Babu, Media Academy Chairman and Dr. Sebastian Paul, MP by presenting a memento of the Swadheshabhimani newspaper. Mrs. Sheeja, Principal of the school, Shri. K. Manoj, Director Trivandrum Press Club Institute were also part of the programme. The team of media experts and journalism students who accompanied the Media History Yathra visited Vakkom Moulavi’s home as a tribute to the legend on the day.

Manu E Mohan highlighted the importance of a good photograph in digital journalism and its ability to touch the mind of the reader.B Jayachandran, Chief Photo Editor of Malayala Manorama handled an interactive session, explaining with examples of photos he took during various important events. Emphasizing the need for preparation before taking a photo, he explained about focus, photography sharpness tips, and how to use the LCD preview. The preparation is both mental and about using the instrument. One has to click on when the right moment comes. We need photographers and photo editors who can visualize the coming moments ahead.

“Future is now -- Media What Next?” Study Session

As the world changes, so does the media, but there is no active discussion in Kerala about the rapid change in the media industry. A one-day media study session was held on 18 March, 2017 under the auspices of the Swadeshabhimani Media Study Center and Independent Media Initiative, an independent media group.

Dhanya Rajendran, chief editor of  the online news portal News minute.com presented the topic “Opportunities and Challenges in Digital Media”.  She pointed out that anyone can become a journalist, but if news is reported without identifying sources and analyzing facts, there is a great danger to society.   False news is rapidly spreading in the society, as smartphone users are becoming freelance journalists. Devadas Rajaram, Assistant professor of Asian College of Journalism talked on the subject “The Uncharted Media World.” 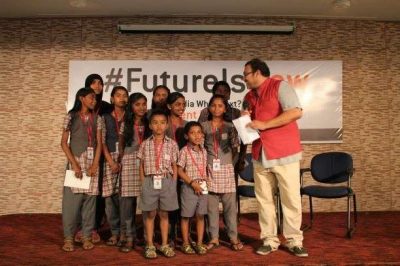 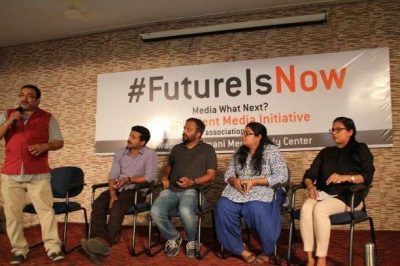 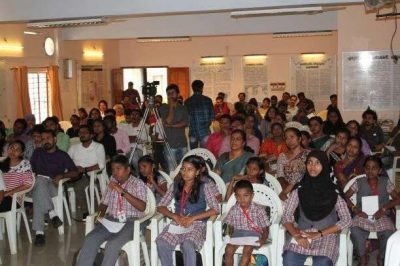