Vakkom Moulavi Foundation Trust > Who We Are

The Vakkom Moulavi Foundation Trust has chosen three core areas for its work, consistent with its objectives of contributing to the development of all the people of Kerala.  These are  : Education for the Future,  Inclusive Governance and Science and Technology for Sustainable Development.  As a memorial to Vakkom Moulavi Abdul Khader, it promotes knowledge sharing and studies on the life and times of Vakkom Moulavi in order to highlight the ideas and social forces that shaped a formative period of Kerala’s development.

The VMFT has started two centres, the Renaissance Study Centre and the Swadeshabhimani Media Study Centre, under which a large number of meetings have been organized.

It has instituted the Vakkom Moulavi Memorial Lecture and the K.M. Bashir Memorial Lecture to uphold the ideals of political and social reform and socio-economic development. In the silver jubilee year of 2012, VMFT launched the Professor N. A. Karim Award for Outstanding Public Service to recognize the efforts of young people who are setting high standards in governance and bringing about impactful social change.

The VMFT has also conducted commissioned research projects in the area of education and science.  It currently receives a recurring grant from the Government of Kerala.

The idea for a memorial centre to Vakkom Moulavi, the great social reformer of the early twentieth century in Kerala, was started by a group of intellectuals, under the leadership of Sri K.M. Bashir, a senior official of the International Labour Organization (ILO) who established the Vakkom Moulavi Foundation in 1982. In doing so, they were not only trying to correct a historical injustice, as the memory of Vakkom Moulavi had been forgotten despite his many contributions to the development of the Muslim community in particular and Kerala society in general.  They were also trying to establish an organization which would promote communal harmony, enhance the knowledge and skills of the people of Kerala to make them employable and address the social and developmental issues of the state.

In 1983, a memorandum requesting the Government to allot a piece of land for the proposed Memorial was signed by many leading legislators and eminent persons and submitted to the then Chief Minister Sri. K. Karunakaran. Despite a commitment made by the government in the state Legislature to donate a site for raising a memorial, the Foundation did not get any land or resources from the government. With its limited financing, the Foundation succeeded in attracting wide public attention by holding meetings and seminars on important issues of public interest during this period.

In the face of government inaction, Shri K.M. Bashir decided to donate his own resources and established the Vakkom Moulavi Foundation Trust (VMFT), which was subsequently registered as a Public Charitable Trust in 1986 in Thiruvananthapuram. Through his personal contribution, the trust purchased land in Thekkummoodu Junction in Trivandrum and a temporary building was constructed, from which it started operations. The VMFT was inaugurated on 21 June 1987 by Sri. E. K. Nayanar, then Hon. Chief Minister of Kerala.

Right from its inception, the VMFT became a vibrant intellectual centre in Trivandrum, attracting people from all walks of life and has steadfastly stood for the values and ideals of Vakkom Moulavi.  It organised a number of meetings and seminars on topics of concern to the people of Kerala, in the social, political, economic, educational and scientific fields and came to be widely known in Trivandrum.  Shri K.M. Bashir began collecting materials for a biography of Vakkom Moulavi.  These included copies of the newspapers Swadeshabhimani, Deepika and Al-Islam.

Following the untimely demise of Shri K.M. Bashir in 1990, the VMFT continued to be financed through resources donated by his widow, Smt. Aisha Bashir. In 1998, the family decided to fulfil the vision of the Founder and donated resources to construct a building with an auditorium, library and training rooms to permanently house the VMFT. The foundation stone for the building was laid by His Excellency the Governor of Kerala, Justice  (Retd.) Sukhdev Singh Kang, on 3 March 1998.  The K.M. Bashir Memorial Building was inaugurated by Justice Fathima Beevi, Governor of Tamil Nadu on 24 March 2001. 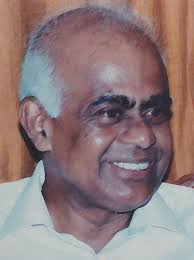 A distinguished statistician by profession , Shri K.M. Bashir belonged to the Indian Statistical Service and occupied responsible positions in the Government of India and later in the Bureau of Statistics, International Labour Organization (Geneva).

Born in 1925, in the village of Paravur in Quilon district, he was the first in his family to attain postgraduate education in Mathematics from Maharaja’s college in Trivandrum.  After an initial job as a teacher, he joined the National Statistical Survey Organization in Bangalore. In this job, he travelled across many parts of South India, becoming intimately familiar with the socio-economic conditions and deep poverty of the people. Subsequently, he joined the Central Statistical Organization in New Delhi in 1960, from where he went to the International Labour Organization in Geneva in 1967 and stayed there until his retirement.  Despite having lived almost two decades abroad, he returned to Kerala in the belief that he should return something to the society that had nurtured him and contributed to his success.

The VMFT was conceived by him as a centre of excellence for learning and research, as a forum to address the social, economic, intellectual, cultural, educational, spiritual and philosophical problems of the people, as a vehicle for disseminating and using advances in science and technology for the benefit of society, as a training centre and as an instrument for promoting, social justice and understanding and harmony among people. 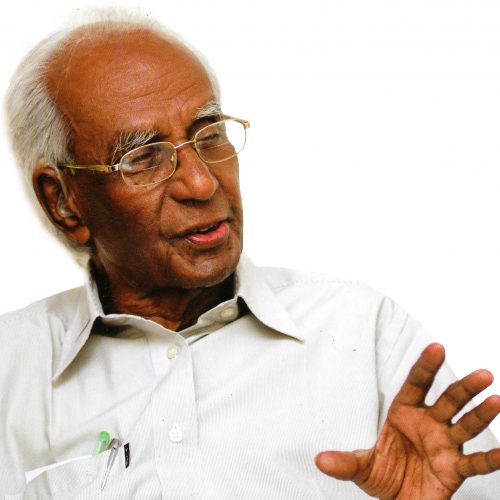 Dr. N. A. Karim was President of the VMFT from 1982 to the time of his death in 2016. A noted educationist, speaker, writer and critic, human rights activist who was also the Pro-Vice Chancellor of Kerala University for 8 years, Dr. N.A Karim made an outstanding contribution to the development of VMFT.

Board of Trust Members 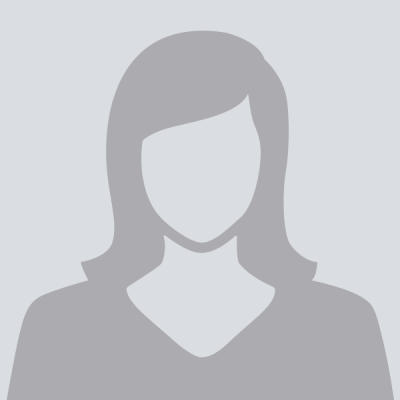